This is ‘just’ a living room/kitchen home recording, and a splendid one at that. Her voice is excellent, and so’s the song. Written by Greg Brown’s wife Iris Dement, and covered by Brown on his most recent studio album Freak Flag this version sounds entirely different and decidedly non-countryish. I love it a lot.I listend to Lauren Hoffman and her then-band September 67 in the late 1990’s, so it’s been quite a while, but she’s definitely still got a lot of talent and is using it in her current band The Secret Storm.

This is an unofficial video I found on YouTube to celebrate the arrival of my copy of The Pines’ latest, splendid album Above The Prairie (released early February 2016). More info and my review of the album to follow in the next few weeks. In the meantime, all that’s left for me to say is: Enjoy. 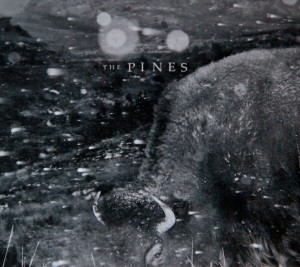 Pasture (Folk Songs) is yet another masterful release by The Pines, the first since 2012’s Dark So Gold album (review see here). It’s a 7-song EP, clocking in at just under 30 minutes. And mighty fine ones at that. Traditionals such as Wild Bill Jones and Banks Of The Ohio accompany well-chosen cover versions by artists such as Greg Brown, Iris DeMent, Mance Lipscomb, Mason Jennings and Joe Price.

The Pines are usually described as Gothic Folk, which in my opinion is slightly misleading, on here I only find it fitting to describe the Mance Lipscomb song Looked Dow The Road And Wondered. To be fair, the band is using that association quite often, e.g. in their cover artworks with a scarecrow on the front cover of Dark So Gold and an American Gothic-window on the back cover of Pasture. What I find much more adequate to discribe their music are associations with Dream Pop and even Shoegaze, as a variety of acoustic and electric guitars provide a dreamy background to almost all of their songs. Alex Ramsey’s piano and keyboards and Benson Ramsey’s lazy, sleepy vocals on most tracks adding the final flourishes making their music so engaging and memorable.

This is for the most parts, entirely calm and peaceful music, although it’s by no means always slow and quiet, as on airy and folky Greg Brown composition Are You Ready For The Fair? (which turns out wonderful, naturally), or the afore-mentioned Looked Down The Road And I Wondered.

Both traditional murder ballads Banks Of The Ohio and Wild Bill Jones are among the best songs on here (although it’s damn near impossible to pick the highlights on an EP is fabulous as Pasture), with both turning out utterly lovely in stark contrast to their violent lyrics. Joe Price’s Down On The Highway and (Greg Brown wife) Iris Dement’s He Reached Down, which is based on the biblical story of the good shepherd, are showing the Pines at their most gentle, dreamlike, and best.

I admit, I am an absolute admirer of The Pines’ music, and I belive they are one of the most singular bands in today’s Folk-Pop music scene and far ahead of most of their peers. This is music that’s good for the soul and mind, combining all the best influences and creating something wonderful with every single one of their releases.

Oh, and, happily Benson and Alex’s dad, Bo Ramsey, contributes his distinctive excellent slide guitar talents to Down On The Highway – nobody I can think of could grace a song quite so sparsely, yet soulfully.